KEY BENEFIT: Unique among computer networking texts, the Seventh Edition of the popular Computer Networking: A Top Down Approach builds on the author’s long tradition of teaching this complex subject through a layered approach in a “top-down manner.” The text works its way from the application layer down toward the physical layer, motivating readers by exposing them to important concepts early in their study of networking. Focusing on the Internet and the fundamentally important issues of networking, this text provides an excellent foundation for readers interested in computer science and electrical engineering, without requiring extensive knowledge of programming or mathematics. The Seventh Edition has been updated to reflect the most important and exciting recent advances in networking.

Dr. Kurose is a former Editor-in-Chief of IEEE Transactions on Communications and of IEEE/ACM Transactions on Networking. He has been active in the program committees for IEEE Infocom, ACM SIGCOMM, ACM Internet Measurement Conference, and ACM SIGMETRICS for a number of years and has served as Technical Program Co-Chair for those conferences. He is a Fellow of the IEEE and the ACM. His research interests include network protocols and architecture, network measurement, sensor networks, multimedia communication, and modeling and performance evaluation. He holds a PhD in Computer Science from Columbia University.

Keith Ross is the Dean of Engineering and Computer Science at NYU Shanghai and the Leonard J. Shustek Chair Professor in the Computer Science and Engineering Department at NYU. Previously he was at University of Pennsylvania (13 years), Eurecom Institute (5 years) and Polytechnic University (10 years). He received a B.S.E.E from Tufts University, a M.S.E.E. from Columbia University, and a Ph.D. in Computer and Control Engineering from The University of Michigan. Keith Ross is also the co-founder and original CEO of Wimba, which develops online multimedia applications for e-learning and was acquired by Blackboard in 2010.

Professor Ross’s research interests are in security and privacy, social networks, peer-to-peer networking, Internet measurement, video streaming, content distribution networks, and stochastic modeling. He is an ACM Fellow, an IEEE Fellow, recipient of the Infocom 2009 Best Paper Award, and recipient of 2011 and 2008 Best Paper Awards for Multimedia Communications (awarded by IEEE Communications Society). He has served on numerous journal editorial boards and conference program committees, including IEEE/ACM Transactions on Networking, ACM SIGCOMM, ACM CoNext, and ACM Internet Measurement Conference. He also has served as an advisor to the Federal Trade Commission on P2P file sharing. 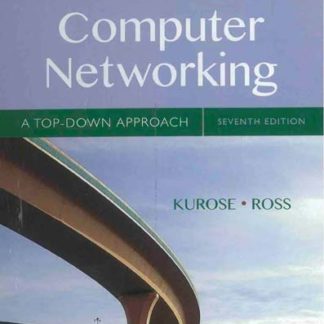