JOSEPH A. SCHETZ is the Fred D. Durham Chair of the Aerospace and Ocean Engineering Department at Virginia Polytechnic Institute and State University. He is a Lifetime Fellow of AIAA and ASME, and recipient of several awards, including the AIAA Pendray Aerospace Literature Award and the ASEE/AIAA J. Leland Atwood Aerospace Engineering Education Award. He is the Editor-in-Chief of the AIAA Education Series.
RODNEY D.W. BOWERSOX is Professor of Aerospace Engineering at Texas A&M University, where he has received numerous research and teaching awards, including the Lockheed Martin Excellence in Teaching Award, Web Faculty Fellow, College of Engineering Faculty Fellow, and Brocket Professorship Award. He is an Associate Fellow of AIAA and a Fellow of ASME. He is an Associate Editor of the AIAA Journal of Propulsion and Power. 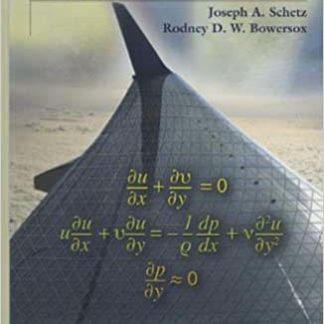