Bessette/Pitney’s AMERICAN GOVERNMENT AND POLITICS: DELIBERATION, DEMOCRACY, AND CITIZENSHIP is based on the idea of “deliberative democracy”: political systems work best when informed citizens and public officials deliberate to identify and promote the common good. Emphasizing citizenship, the text examines the way that civic culture and immigration impact students and shape the country. It offers solid historical coverage and a close look at civic responsibility.

“The text takes seriously court cases and issues surrounding civil rights as it pertains to the Idea of America. These are all more philosophical approaches, but something most welcome and worthwhile, not to mention needed in a course like this.”

“It is a text that is truly academic and thoughtful. It is written for the college student. It tackles the most important questions regarding American Government and gives them ALL fair play.”

“It is very colorful and has beautiful charts! Very attractive, and I believe students will like the displays and visual aid. . . . Very innovative and a breath of fresh air from the typical books in the market.”

Joseph M. Bessette is the Alice Tweed Tuohy Professor of Government and Ethics at Claremont McKenna College (CMC), where he has been on the faculty since 1990. He also teaches courses in the Department of Politics and Policy at the Claremont Graduate University. Dr. Bessette received a B.S. in Physics from Boston College and an M.A. and Ph.D. in Political Science from the University of Chicago. Prior to coming to CMC, he served as Deputy Director and Acting Director of the Bureau of Justice Statistics in the U.S. Department of Justice (1985-1990) and as Director of Planning, Training, and Management for the Cook County, Illinois, State’s Attorney’s Office (1981-1984). Dr. Bessette has also held full-time teaching positions at the University of Virginia and The Catholic University of America. He is the author of, among other works, THE MILD VOICE OF REASON: DELIBERATIVE DEMOCRACY AND AMERICAN NATIONAL GOVERNMENT and co-editor and contributor to THE PRESIDENCY IN THE CONSTITUTIONAL ORDER and THE CONSTITUTIONAL PRESIDENCY. He is currently working on a book on the death penalty in the United States.

John J. Pitney, Jr., is the Roy P. Crocker Professor of American Politics at Claremont McKenna College in Claremont, California. He received his B.A. in political science from Union College, where he was co-valedictorian. He earned his Ph.D. in political science at Yale, where he was a National Science Foundation Fellow. Dr. Pitney has been named as one of The Princeton Review’s Top 300 College Professors for 2012. From 1978 to 1980, he worked in the New York State Senate and from 1983 to 1984, as a Congressional Fellow of the American Political Science Association, he worked for Senator Alfonse D’Amato of New York and the House Republican Policy Committee, chaired by Representative Dick Cheney of Wyoming. From 1984 to 1986, he was senior domestic policy analyst for the House Republican Research Committee. He joined the Claremont McKenna College faculty in 1986. From 1989 to 1991, during a leave of absence, he worked at the Research Department of the Republican National Committee, first as deputy director, then as acting director. He has written articles for THE WASHINGTON POST, THE WEEKLY STANDARD, THE WALL STREET JOURNAL, THE LOS ANGELES TIMES, and ROLL CALL, among others. His scholarly works include THE ART OF POLITICAL WARFARE. 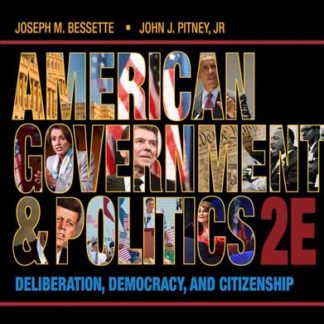